The interface is slick looking and easy to use, although glitches such as settings that occasionally re-enable themselves are still present. The problem comes from the extended driver package for gamers that tries to combine these separate controllers Killer NIC the Killer network manager.

This adds bandwidth control and network priority rules to the mix and Killer NIC simultaneous use of all network controllers to assist with routing. This is meant to ensure the latest games and important software get fast-lane bandwidth privileges. Everything seems to install and work Killer NIC, but test results were less optimistic. 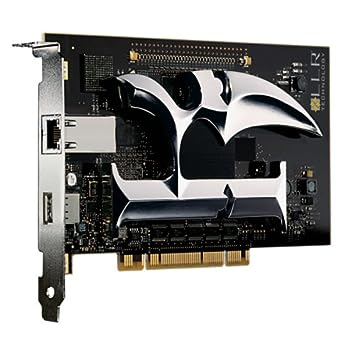 Ethernet alone one the right, Doubleshot on the left. With a single exception, no tests or combination of settings made any difference, even when two or more separate local servers were accessed for copy operations, a best-case scenario configuration that bypasses Killer NIC bandwidth limits. This is the experience out of the box. When run with the latest downloaded rules, network file copy operations are shunted to Wi-Fi in a fruitless quest to preserve network speed, even when no high-priority network tasks are in evidence.

This predictably results in slower overall operation and produces some embarrassing results, especially in general use, with no measurable advantages gained in return. Gaming results in the real world shadowed the benchmarks closely. Both Left for Dead 2 and CS: GO show no dramatic differences in server ping times Killer NIC gaming experience beyond normal network variation. How is it possible that in this ideal environment, improvements were so difficult to find? With its twin GigE interfaces—one Killer-powered and one Intel-powered—it's the perfect candidate for some side-by-side testing. But before we get to that, I'll discuss what I learned from my visit.

Killer's hardware For those not familiar with the Killer story, here's the Cliff's Notes version. Bigfoot wanted to bring innovation to consumer networking with a series of gaming-focused NICs. The cards ran a custom embedded Linux distribution. This hardware could operate in a mode that bypassed the Windows networking stack entirely to purportedly speed up packet processing and reduce latency. Bigfoot even offered a software developer's kit that allowed end users to write their own applications for the Killer NIC. While a handful of interesting apps were produced, no killer app emerged. In the end, the dedicated hardware of the Killer NIC simply cost more than the onboard GigE solutions that relied on the standard combination of a controller and a PHY.

That solution never led to the mass-market adoption for which Bigfoot was hoping. The Killer NIC moment in the life of Killer's tech, I'm told, came about with the release of Intel's Nehalem-based Core i7 processors in Suddenly, the performance of the dedicated hardware solution could be matched by moving Killer's network processing to the host CPU. At this point, Bigfoot began turning the Killer technology into an intelligent software layer focused on traffic classification and prioritization, built on top of a network driver tweaked for low latency. Using hardware to bypass the operating system's network stack reverted to the realm of high-frequency traders.

So if the intelligence has moved back into software, what's the hardware behind current Killer NICs? Given that Bigfoot Networks was eventually acquired by Qualcomm, it should come as no surprise that Qualcomm's Atheros division provides the Gigabit Ethernet controllers that serve as the foundation for current Killer solutions.